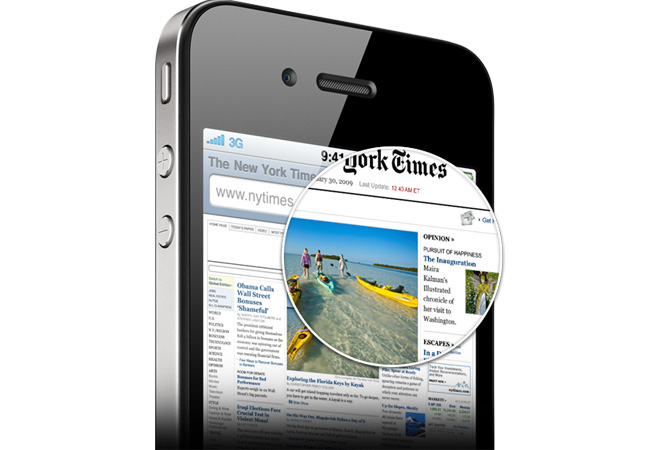 Rumors of an LTE-capable iPhone didn’t materialize at Apple’s event last week, adding fuel to the fire for the company’s critics. After all, there are dozens of Android handsets available that support next-generation technologies like LTE and WiMax.

But Apple chose to skip on LTE this time around for several reasons. The technology, in its opinion, just wasn’t ready. Perhaps there’s no better proof of that than AnandTech’s new infographic that shows what LTE does to a smartphone’s battery life…

Ben Evans points to a comparison chart by AnandTech that shows the differences in battery life when browsing the web on different devices. 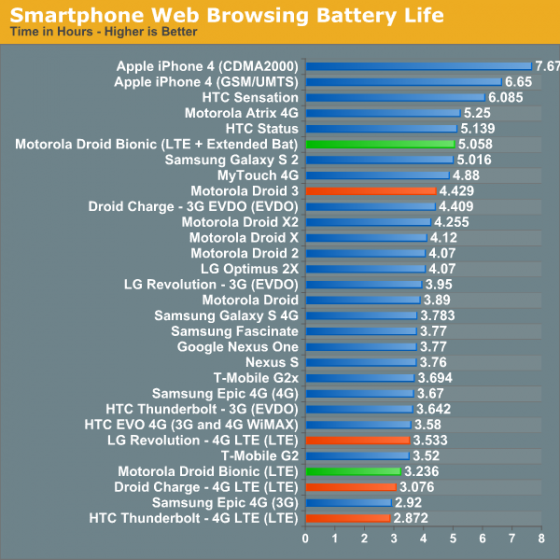 The CDMA iPhone 4 tops the charts at 7.67 hours of web browsing time. That’s nearly 5 hours above the lowest handset, the HTC Thunderbolt. It’s also 2 hours above the popular Droid Bionic, and that’s with an extended battery.

It’s interesting that the CDMA iPhone gets almost an hour more of web browsing time, perhaps that has something to do with coverage? Regardless, Apple didn’t include LTE in the iPhone 4S, and it looks like that might have been the right call.