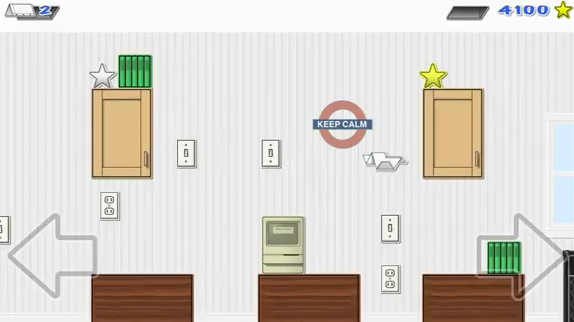 Old-school Mac gamers rejoice! Word on the street is that Glider will soon be making its way to iOS. For those who aren’t familiar with the title, the classic 2D scroller has been entertaining Mac users since 1988.

Due to low funding, the developer John Calhoun pulled the plug on the series in 1991. Now, after a 16 year stint in Cupertino as an Apple programmer, Calhoun says he’s ready to jump back into the gaming industry…

“Glider Classic features tap-based controls and is a universal application that runs natively on both the iPhone and the iPad. In the first release, iPhone 3GS and 3G iPod touch devices will be the minimal supported platforms, though earlier devices will gain support in an update to follow. Calhoun indicates that a Mac App Store release of Glider Classic is also likely at some point, given that Glider Pro for the Mac is PowerPC-only and will not run under OS X Lion. “

The premise of Glider Classic is fairly simple. Users must navigate a paper airplane around obstacles through different levels called houses. There are also items in each level, such as air vents, that help you avoid troublesome objects. Still confused? Watch:

This game kind of has an iCopter feel to it, which initially did extremely well in the App Store. Expect this title to follow suit, especially given its large Mac following. Glider Classic should be available sometime this week for $0.99.

Are you excited about this Mac-to-iOS port?