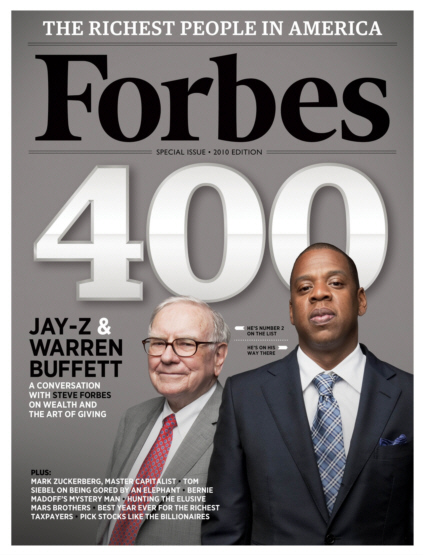 It’s that time of year again. Forbes Magazine has released its annual list of who’s who in the world of money hoarding. This particular list ranks the top 400 richest men in America, according to net worth.

The usual suspects are all present. Bill Gates, founder of Microsoft, remains at number one with $59 billion dollars. Warren Buffet comes in second with $39 billion. So, where does Steve Jobs rank on the list?

Jobs has amassed a fortune worth a whopping $7 billion dollars. That was enough to put him at number 39, behind other tech leaders like Mark Zuckerburg (number 14) and Jeff Bezos (number 13) of Amazon.

Jobs, one of Apple’s co-founders, recently stepped down as CEO of the company. His resignation last month came in the wake of severe ongoing health problems, and Jobs has since been named Chairman of the Board at Apple Inc.