For the last 11 years, Steve Jobs has been one of the tech world’s most recognizable leaders in charge of one of its most powerful companies. So it’s not surprising that the news of him stepping down last week seemingly rocked the entire industry.

However, now that Jobs doesn’t have to spend his days running the show at Cupertino, he can finally enjoy a little Steve time. Or can he? Cult of Mac passes on this humorous screenshot of the ex CEO’s schedule, post-resignation… 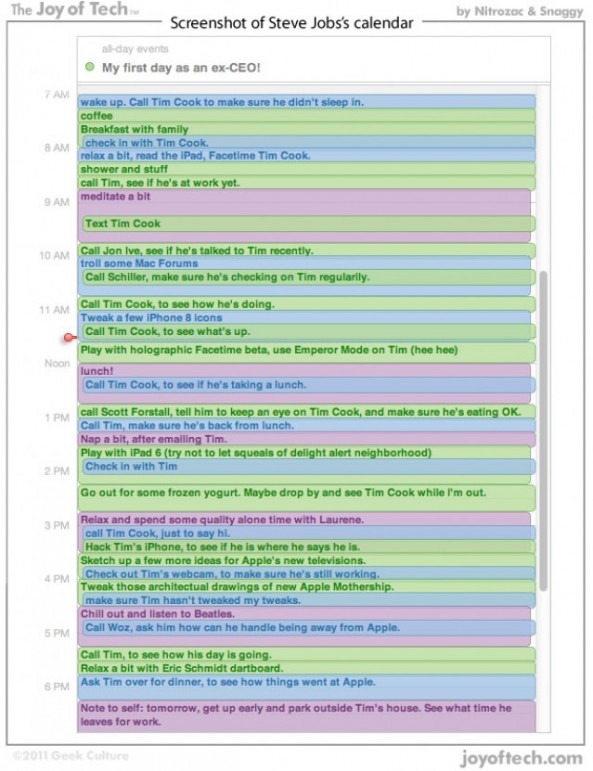 Even though the joyoftech team obviously constructed the schedule as a joke, some of its details may not be too far off. For instance, it’s well known that Jobs is a Beatles fan. And I’m willing to bet that he will indeed be checking in with Tim Cook regularly.

What would you do after stepping down as Apple’s CEO?