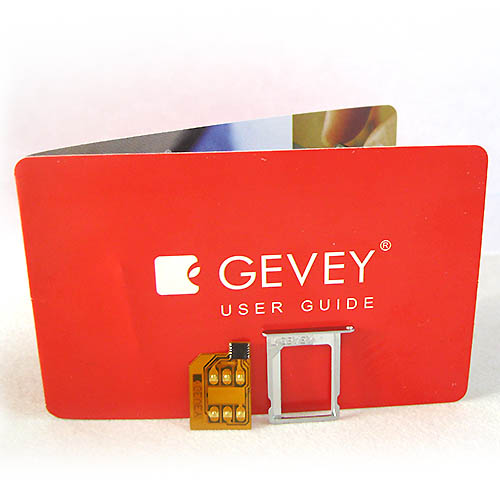 Yesterday, Apple released iOS 4.3.5. The update fixed a security vulnerability with certificate validation. If you jailbreak and use UltraSn0w, stay away from this update. But if you are a Gevey SIM user, we have some good news.

Even though we previously reported that Apple blocked the Gevey SIM in iOS 5 Beta 2 and above, the Gevey SIM works with iOS 4.3.5…

Now it seems that this might be the last iOS 4 update, and Apple might leave the exploit until the final version of iOS 5 is out.

If you don’t know what the Gevey SIM is, you can learn more about it here. It has also been confirmed illegal by MuscleNerd.

What are your thoughts on this? Do you use the Gevey SIM? Tell us in the comments below!