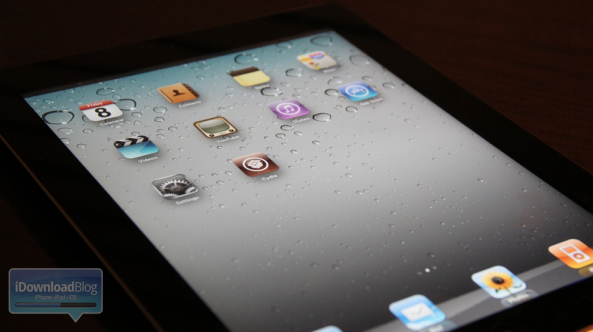 I’ve always looked at jailbreaking as a good thing for Apple’s iDevice products. Over the years it’s helped spur innovation through 3rd party applications, and has more than likely enticed a number of consumers to purchase iDevices who would have otherwise been on the fence.

But apparently not everyone feels this way. A rather interesting article made its way around Twitter last night entitled, “Lockout: iPhone 5, iPad 3 boot jailbreak hackers from platform at last.” At one point in the ridiculous post, the author comments that jailbreakers are “using their iPhones as less of a tool and more of a tinker-toy for their geek fantasies.”

As a long time member of the jailbreak community, I feel like I’m qualified to respond, and figured I’d go ahead and clear a few things up for our friends over at Beatweek…

First and foremost, I would like to drop a little bit of background knowledge for the folks that came in late. The original iPhone was hacked within 2 weeks of its release in 2007. The initial steps were fairly lengthy and only allowed users to add custom wallpapers and ringtones.

In the ensuing months though, the jailbreak process became easier and the application selection improved. Many folks don’t know this, but the first 3rd-party game for the iPhone and iPod Touch was a jailbreak app. Funny, the game’s premise was actually blowing up a Microsoft Zune.

In fact, there were a variety of 3rd party applications available to jailbreakers, nearly a year before Apple introduced 3rd-party software support with the App Store. But that’s not the only race we won.

Over the next few years, the underground world of iDevice hacking spawned several features long before Apple decided to implement them. This included video recording, cut/paste, multitasking, and the list goes on and on.

Today there’s hundreds, if not thousands of jailbreak apps and utilities available that extend the functionality of iOS. For some reason, Beatweek was under the impression there was only a “handful” of jailbroken applications.

On top of picking up Apple’s slack, the jailbreak community opened up the door to device individuality. While we don’t refer to Apple as having “draconian rule” over our devices as BeatWeek suggests, we do feel that they don’t offer many ways to customize their gadgets. Heck, the company wouldn’t let us user our own wallpapers for the first few years.

With jailbreaking, users can alter the look and feel of their iDevices by installing themes and custom icon sets. While some of these items cost money, there is a good selection of them that don’t. Why should your device have to look like everyone else’s?

Jailbreaking was also the gateway for many folks to unlock their iPhones. This allowed millions of users to activate their devices with wireless carriers that offered better cell service or plan options. Obviously Apple now sells the iPhone unlocked, but there was a time when the device was only available on a few select carriers.

If you’re still not impressed with the community’s list of accomplishments, let’s talk security. You can argue that jailbreaking an iDevice puts it at risk, but in many cases the community has actually uncovered security issues and quickly developed solutions for them.

Take Apple’s “Locationgate” scandal that grabbed the attention of U.S. senators earlier this year. It took Apple two weeks to fix the location-tracking file that caused the commotion, while jailbreakers were able to download untrackerd within 24 hours of the story breaking.

An even better example of the community’s influence on iOS security would be Comex’s JailbreakMe PDF exploit. Not only did he expose a dangerous flaw in Apple’s software, but he designed and released a free utility to patch the problem. As of this writing, jailbreaking is the only way to fix this issue, as Apple has yet to release a solution.

You’ll notice that I keep referring to the “jailbreak community.” That’s because there really is a large group of people (10 million + by Saurik’s latest estimates) who share common attitudes, interests, and goals — a community. Whether it’s MuscleNerd giving us the heads up on new developments, or Chpwn answering questions on his Q&A site, it seems like there are unlimited resources for help and support.

Online support not enough? Try attending one of the hundreds of organized jailbreak meet-ups, where users meet to discuss their favorite tips and tricks, as well as provide help to those less experienced. There’s even a convention scheduled for later this year — that’s right, a whole convention — devoted to jailbreaking, with several iOS developers and hackers expected to make appearances.

You can’t tell me that Apple doesn’t benefit from this kind of exposure. Try Googling the term “iPhone jailbreak, ” it returns nearly 50 million hits (in 0.11 seconds).