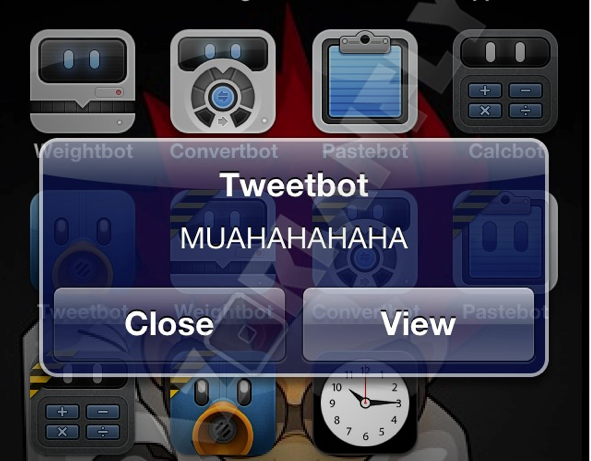 Tapbots teased this on Twitter when a user by the name of “@NotoriousUSB” tweeted to them about not using TweetBot anymore, due to the lack of Push Notifications. He said the following:

“Just deleted @tweetbot and installed Twitter for iPhone just because I’m sick of Boxcar to get push notifications :(“

After a few tweets or so, Tapbots then went on to say:

“@NotoriousUSB Lets just say I have push notifications working on my device right now. We’ll post an update in a few days or so.”

Then a Twitter user by the name of @piratxmac sent a picture of the Push Notifications in action to RazorianFly. TweetBot is an awesome alternative to Twitter for iPhone, but a reason many people don’t use the application anymore is because the lack of Push Notifications.

Tapbots actually meant “blog post” when they said “update.” Push notifications are still going to be brought to Tweetbot, but probably not in the “few days or so” timeframe that was initially assumed from the misleading tweet.

So, we may not see Push for Tweetbot in the next couple days, but the above screenshot is proof that the feature is nearly here.

Are you excited? Leave it in the comments below.