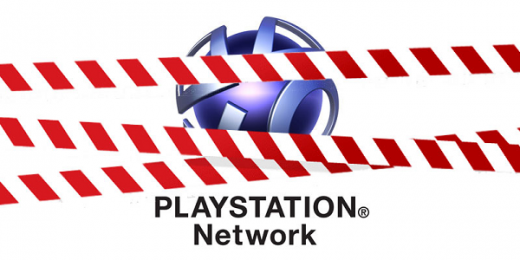 For those who who don’t live for Call of Duty: Black Ops, or other popular PS3 titles, you may not have noticed how much trouble Sony has been having lately. Their free online service, PSN (Playstation Network) has been down since late Wednesday night.

We’re not talking about a a minor inconvenience here, we’re talking about millions of people being blocked from Sony’s version of Xbox live for 4 days now. Netflix, Hulu, and several major online games are feeling the effects of Sony’s crippled network…

It certainly looks like the Sony v.s. GeoHot saga isn’t quite over. You might recall the hacking group, known as Anonymous, making threats against Sony and their network in wake of the GeoHot litigation.

Sony sure seems to think it’s them, or at least some sort of outside attack that’s crippling their servers:

“An external intrusion on our system has affected our PlayStation Network and Qriocity services. in order to conduct a thorough investigation and to verify the smooth and secure operation of our network services going forward, we turned off PlayStation Network & Qriocity services on the evening of Wednesday, April 20th. Providing quality entertatinment services to our customers and partners i our utmost priority.”

The group of electronic activists are well known for fighting for freedom and privacy via security breaches. Their major beef with Sony seems to be that the company requested social media sites like YouTube and Facebook to hand over IP addresses of people who viewed GeoHot’s social pages.

While Anonymous has admitted to previous attacks on Sony’s servers, they are claiming innocent on this one. They posted this message on their blog yesterday:

“While it could be the case that other Anons have acted by themselves, AnonOps was not related to this incident and does not take responsibility for whatever has happened. A more likely explanation is that Sony is taking advantage of Anonymous’ ill-will towards the company to distract users from the fact that the outage is actually an internal problem.”

In past Sony attacks, Anonymous has been careful not to bring down PSN servers that hosted multiplayer games to avoid effecting the gaming community.

Regardless of who’s behind the shutdown, the news still made me smile. Even though I’m an avid Call of Duty fan, it’s nice to think that a major corporation may not always be able to hide behind their stacks of money. Some might call these activists a bit too extreme, I say it’s kind of nice to have such a powerful group on the side of freedom. Who knows, we may need their help fighting for the right to jailbreak some day.