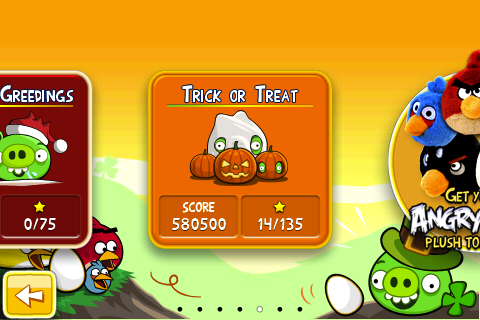 They say game saves are the most prized possessions for gamers. If you play the likes of Angry Birds and Cut the Rope on your iPhone, you surely will worry a bit about losing the game progress when restoring your iOS devices. Unless you restore from a previous backup, which is not always possible, you will lose all the gameplay progress and the levels you had earlier unlocked and gained access to.

Previously, Alex shared a tutorial on how to backup games using a Cydia application called AppLinks. However, that’s only available to those with jailbroken devices. Let me show you how to do the same without jailbreaking your iPhone…

To gain access to iPhone’s files, we will use a utility called iPhone Explorer which is available for both Mac & Windows user as freeware. Connect your iOS device over USB and launch iPhone Explorer. Navigate to Apps > [Application which you want to backup]

You should be able to see a sub-folder called Documents. Drag this folder to a backup location on your computer. I’ve illustrated this with Angry Birds in the following screenshot. 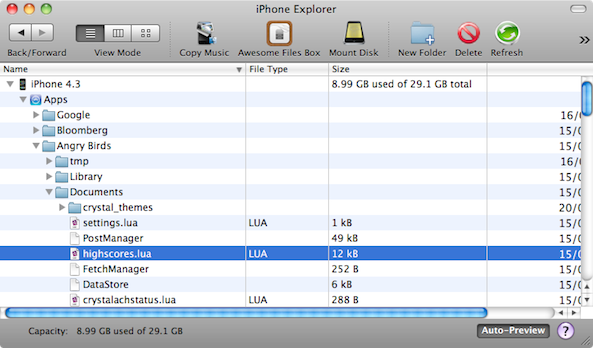 Usually, a single file is enough to restore the game saves. For instance, Angry Birds saves all progress in the file called “highscores.lua” highlighted above. After you have installed the app on a freshly restored iOS device, follow the same steps to replace the highscores file or the full Documents folder in the case of other games.

When restoring to iOS 4.3, this is how I got back all the stars I had previously earned in Angry Birds Seasons.

For the changes to take effect, quit the application manually using the multitasking bar and then relaunch it.