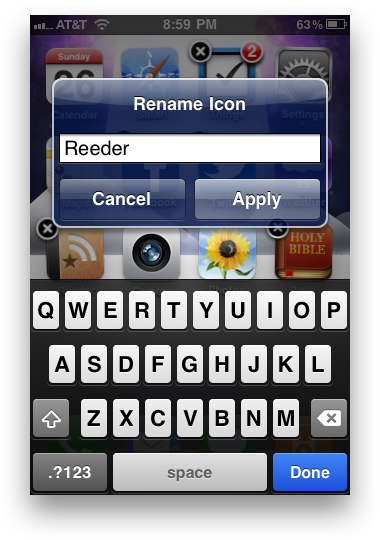 Earlier this year, we reported on a Cydia tweak called “Rename” that allowed you to easily rename an app’s icon name. Since then, the tweak has seemed to vanish from the Cydia Store. Luckily, there is a new tweak on the block that allows you to rename apps straight on your iPhone, and it’s even easier than Rename.

When you download Icon Renamer from the Cydia store, there is no new app icon or settings pane for the tweak. Once installed, all you have to do to rename an icon’s name is tap and hold on the desired icon like you are going to move it, and tap the icon once more. Icon Renamer’s edit window will open and you can easily rename your icon and hit apply for instantaneous results. 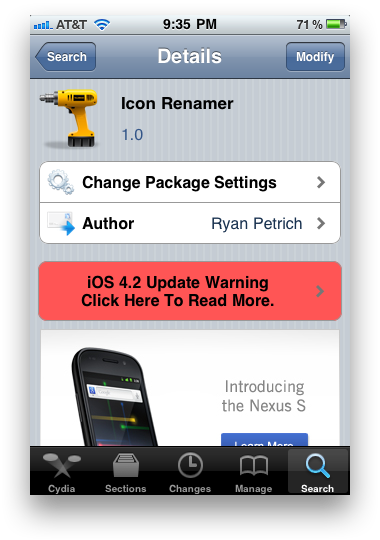 ﻿Ryan Petrich has created some of the most popular Cydia apps/tweaks, like Action Menu, SwitcherMod and Display Recorder. I think he has another home run on his hands with Icon Renamer.

Icon Renamer is an easy, free download in the Cydia Store.

We are curious to hear what you think about renaming app icons. Is it a valuable capability to you? Would you rename lots of apps? I would think there are some creative ways to do so.